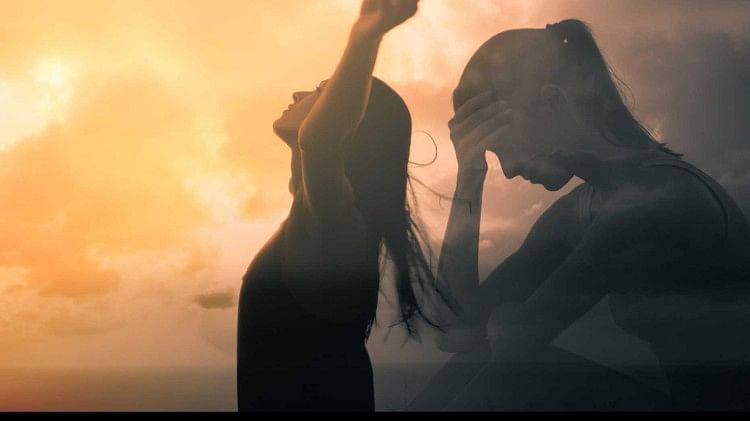 Mental health is one of the most important priorities of the present times. Cases of mental health disorders have increased rapidly globally since the Corona epidemic. People are falling prey to anxiety-stress disorders at an early age, which can later lead to depression. In India too, the risk of such problems is being seen increasing.

Medical science says that we can imagine a healthy body only when our mind is healthy. Conditions like anxiety and stress are leading to high blood pressure and heart attacks, so taking care of mental health becomes essential for the whole body.

The year 2022 is in its last days, if we look at the efforts made for mental health throughout this year, definitely many positive initiatives have been seen. Due to the awareness campaign, people broke the taboo and spoke openly about their problems and reached out to experts. Realizing the seriousness of this subject, the government not only made a budget for this, but also made a debut in the direction of making a suicide prevention policy. Individually also many institutions made various efforts to help the people.

Let us look at some of the efforts made in the year 2022 towards mental health reform.

Keeping in mind the increasing mental health challenges in the country, the Government of India made efforts to improve in this direction in the budget 2022-23. Union Finance Minister Nirmala Sitharaman announced the launch of National Telemental Center in the country. It mentioned plans for digital registries of health providers and health facilities, unique health identification and ensuring people have access to better mental health facilities.

In addition to these announcements made during the budget, the health ministry emphasized the need for mental health reform in the country. The Health Ministry announced a strategy for suicide prevention.

In a commendable initiative to check the rising cases of suicide, the Union Ministry of Health and Family Welfare has announced the first of its kind ‘National Suicide Prevention Strategy’ in the country. Under this, a target has been set to reduce the death rate due to suicide by 10 percent by the year 2030. It is targeted to set up an effective monitoring mechanism for suicide prevention within the next three years.

Apart from this, within the next five years, under the District Mental Health Program in all the districts, the target is to increase the awareness among the people about suicide prevention and integrated efforts for the mental health welfare of the victims of mental illness. Within the next eight years, it will be included in the curriculum in all educational institutions, so that children can be educated about it at the primary level.

Prior to this initiative of the Central Government, on September 9, 2022, taking an important initiative, the Madhya Pradesh Government had announced the preparation of a strategy document for suicide prevention. Significantly, according to the National Crime Records Bureau (NCRB) data, in the year 2021, more than 1.64 lakh people committed suicide in the country.

On World Mental Health Day (October 10, 2022), the Government of India launched the Tele-Manas initiative. For this, patients can take the help of experts by calling 14416 or 1800-91-4416. Tele-Manas is a nationwide mental health counseling initiative where one can get consultation with a specialist and e-prescription.

Generally, due to the taboo around mental health in the country, it has been very difficult for people to share their problems openly, in such a situation, through Tele-Manas, you can directly take help from mental health experts.

,‘Tele-Manas is an initiative of the Government of India so that the needy can get timely help from experts. On a daily basis, experts at the Delhi center are answering calls and giving appropriate advice. There can be no other better initiative than this in the country in the direction of improving mental health, at present people are less aware of these toll free numbers, for this continuous awareness efforts are being made.

What is the opinion of experts for the year 2023?

Psychiatrists’ response to the year 2023 has been optimistic.

in Ibhas Psychiatrist Dr Omprakash Says, hopefully in the coming year we will see more positive efforts towards mental health reform. The subject of mental health is very broad, it should not be limited to only depression and anxiety. There are two major challenges – schizophrenia and bipolar disorder. It is expected from the government that in the budget, a separate program should be made for the victims of these serious problems, so that their patients can get better treatment.

Psychiatrist Dr. Satyakant Trivedi It is said that in the next year 2023, the screening of mental health cases is expected to be increased widely in the country, so that patients can be identified in time and they can get treatment and counseling. It is desperately needed in the direction of suicide prevention along with mental health improvement. Budget crunch has been a major concern for the implementation of mental health schemes. The government has definitely made good efforts in 2022, it is expected that we will be able to make better efforts in the coming year.

note: This article has been prepared on the basis of medical reports and suggestions from health experts.