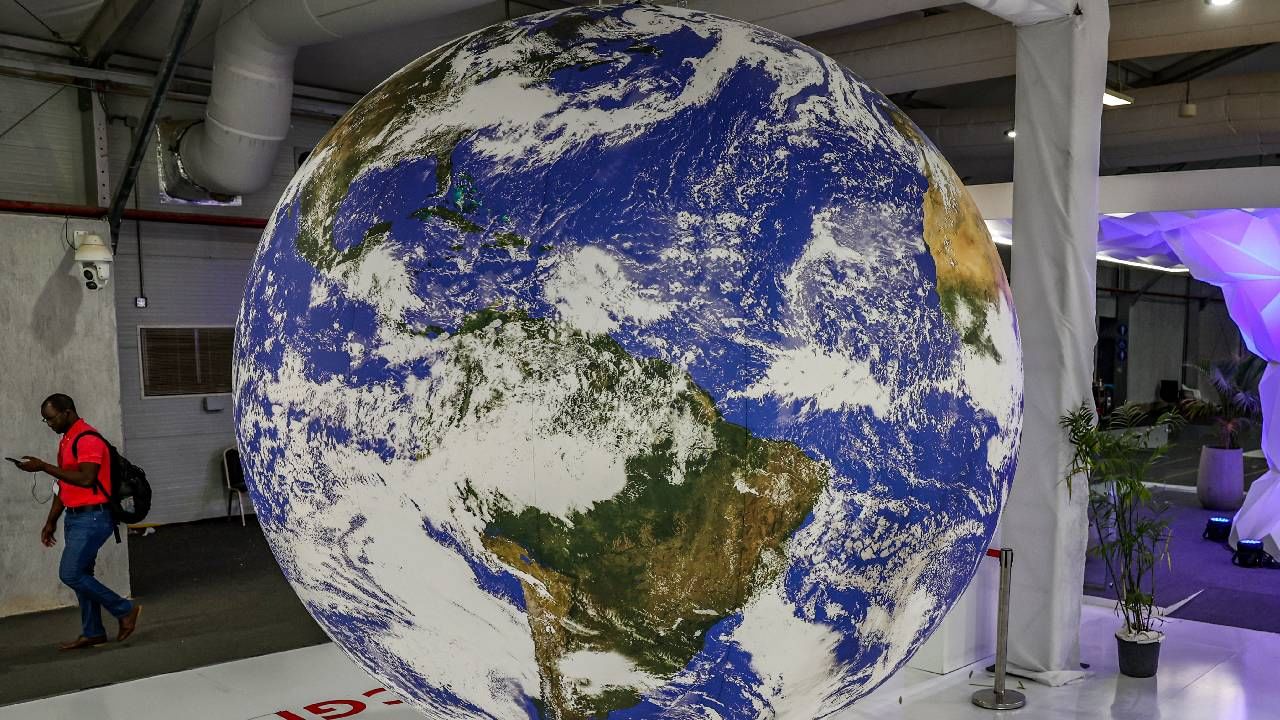 Addressing the summit on Sunday morning, EU climate chief Frans Timmermans made it clear that the EU is disappointed with the final outcome of the summit. 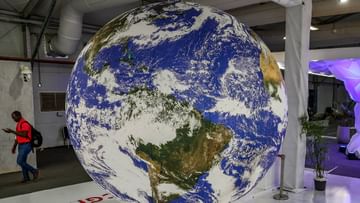 Conference held to save the world from climate change.

Arnav Jha.Latest edition of UN climate summit COP27 It ended on Sunday after running for almost two days. During this, it was agreed that a Climate Fund would be established to help the poor countries most affected by climate change. However, in the developing world Climate change There was some cheer about the commitment of developed countries to create a ‘Loss and Damage’ fund to reduce the effects of the earthquake, but the general reaction to the end of the summit was one of dismay.

Addressing the summit on Sunday morning, EU climate chief Frans Timmermans made it clear that the EU is disappointed with the final outcome of the summit. Discussing the outcome and future of COP27, the most important achievement of the conference – indeed perhaps the only achievement of the conference – the establishment of a ‘Loss and Damage’ Fund to support countries most vulnerable to the effects of climate change Remained the same

The deal to set up the fund was a real last-minute achievement, brought into being after more than a week of debate and disagreement. The details of the deal still need to be worked out and the deal may not be operational for years. But it will be a dedicated fund to help cover the effects of climate change, providing relief to vulnerable countries.

So far there is no agreement on what exactly will be covered by this fund, be it infrastructure or cultural property. There is also a lack of clarity on where these funds will come from. However, major economies like the European Union and the US have agreed to contribute money to the fund. In this agreement, emphasis has been laid on raising funds from various sources.

This includes existing sources such as financial institutions such as the World Bank and private investors. The European Union has asked China to deposit funds despite technically being classified as a developing nation. However, China refused to make such payments. Apart from the Loss and Damage Fund, some other good things happened at the summit. One of these, the 2015 goal of limiting global warming to no more than 1.5 °C above pre-industrial levels, was kept alive, although how this goal is to be achieved is still unclear.

The conference also brought the number of countries signing pledges to reduce methane pollution to 150, with the United Nations announcing its intention to set up a satellite-based monitoring system to keep such emissions under control. The UN also announced the establishment of a system to help link low-income countries to reliable early warning systems. This warning system will be operated and installed by government agencies supported by private sector partners.

There was also some enthusiasm in developed countries to finance developing countries’ transition to green energy under the Just Energy Transition Partnership (JETP). In the last COP, South Africa was the target, this time it is Indonesia. Other good news included Brazil’s return to climate change mitigation under new President Luiz Inacio Lula da Silva, and the coming together again for climate change cooperation between the US and China, which previously came to a standstill due to Taiwan tensions. The reason was stalled.

It is too early to say that the final document that came out of COP 27 lacks concrete details. Apart from the lack of details about the much-anticipated Loss and Damage Fund, there has been no specific talk on phasing out the use of fossil fuels.

India made its point specifically targeting coal. The final document of COP27 called for the phasing out of all fossil fuels. But this did not happen. Only the accord encouraged efforts to phase out unbalanced coal power and fossil fuel subsidies.

In fact, the countries’ fossil fuel lobby, led by Saudi Arabia, boldly stated that fossil fuels are needed for the future, although it wrapped up its presentation by announcing a vague plan to invest in emissions-reducing technology. Tried to balance.

Perhaps the most unfortunate part of COP27 is that it is another nail in the coffin for the big global climate conferences that many experts don’t see as useful. COP27 turned out to be chaotic and disappointing for the participants. Many experts pointed out that the final document prepared by COP27 shows a bias towards the defense of the global fossil fuel lobby. The biggest proof of the lobby’s victory is the inclusion of a move towards ‘low emissions and renewable energy’ in the final document.

The talk of low-emission energy is apparently a loophole to allow the use of energy sources such as natural gas, even though it emits less than coal, but in no way represents green energy. does not.

Participants belonging to the oil and gas industry were seen freely moving and interacting with delegations from various countries, with African countries being a major target due to the potential for new oil and gas extraction plans. But beyond the influence of the fossil fuel lobby, the summit also made clear the large gap between developed countries and the rest of the world with respect to responsibility on climate change.

Efforts to address climate change are based on the principle of responsibility, which acknowledges that nations of the developed world should pay more attention to climate change because they were the initial polluters.

These countries should now take more responsibility than developing countries to reduce the effects of climate change, while developing countries should be given some exemption in emissions so that their own development is not hindered. This simple principle has become a major point of contention for major developed economies like the European Union and the US, who are now trying to hide behind statements like ‘global effort’.

Developed nations will not agree to complete the Loss and Damage Fund. Instead, he wanted India and China to contribute, he wanted private players to play a role and even wanted funding from existing international financial institutions. While the call for collective responsibility may seem appropriate at the moment, it is important to note that compared to other developed economies, countries such as India and China have become major emitters only in the last few decades. While developed countries have emitted more.

But instead of accepting this historic debt, developed economies such as the European Union attempted to link developing economies to the fund’s establishment by signing up to future emission reduction targets.


Now the matter of concern is that COP27 has set a precedent. There was a time when developed economies were wary of shifting the onus of climate action to developing countries. Now, the language behind the establishment of the Loss and Damage Fund may fuel efforts by the developed world to push the bill for climate change onto developing countries, private institutions, etc. The fund was formed after decades of inaction on a 2009 promise where developed nations were to provide $100 billion worth of green finance to developing countries by 2020. (Click here to read this news in English) CLICK do.)