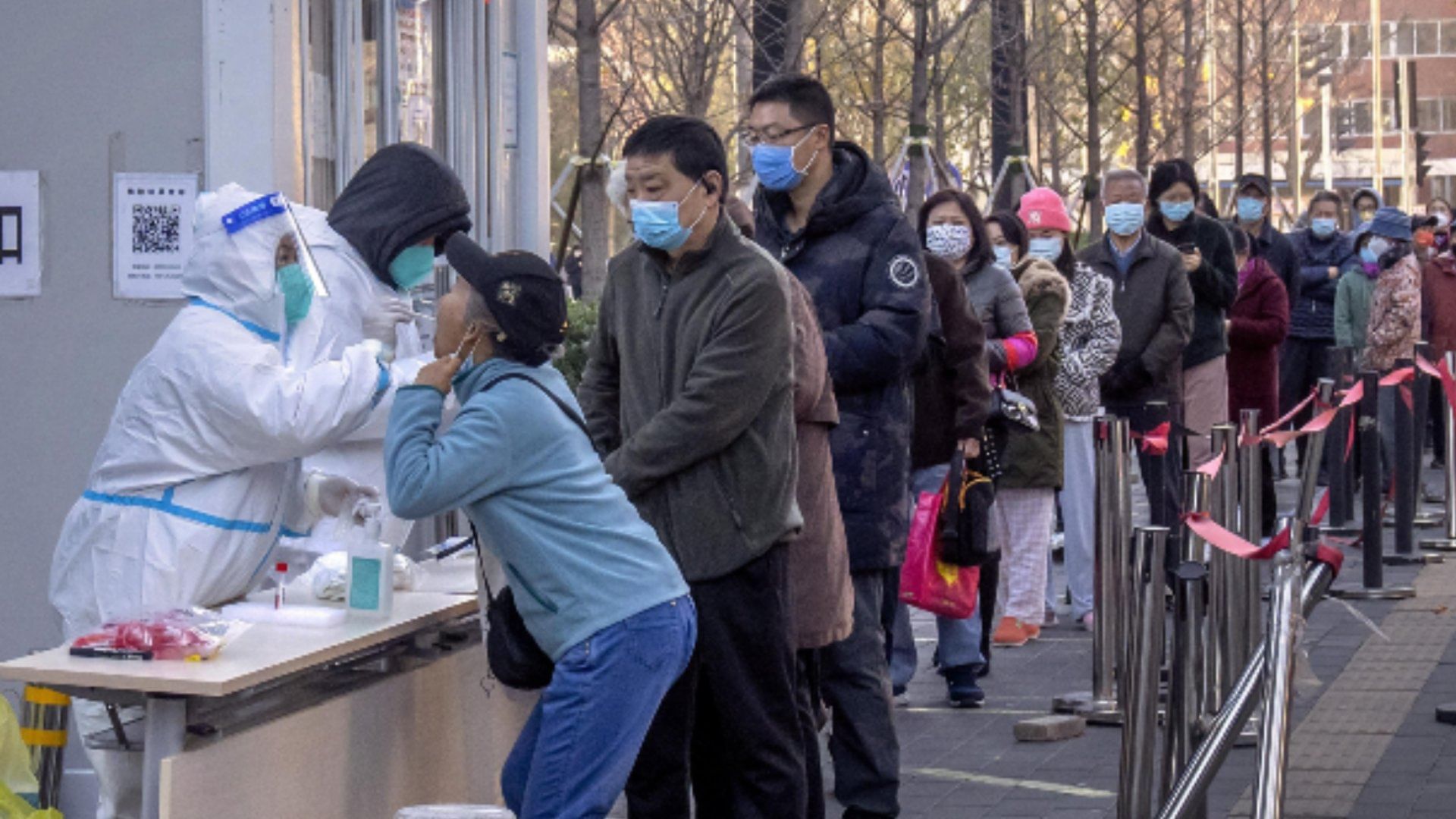 Coronavirus: Hybrid immunity is the best to fight against Kovid. Hybrid immunity against the virus arises in individuals who have had the disease before and who have received the COVID-19 vaccine.

Sneha Kumari:China in again COVID-19 The number of cases is increasing rapidly. According to an epidemiologist, China’s hospitals have been completely overwhelmed due to this surge. Eric Feigel-Ding, an epidemiologist and health economist, wrote on Twitter on Wednesday, “Hospitals in China have been completely overwhelmed since the restrictions were lifted.” They estimated that more than 60 percent of China’s and 10 percent of the world’s population are likely to be infected in the next 90 days. He further said, “There is a possibility of deaths in lakhs.”

According to PubMed, herd immunity is achieved when a large proportion of the population acquires immunity against a virus. Due to which the spread of infection from one person to another becomes impossible and such people are protected who do not have immunity. Despite the global spread of SARS-CoV-2, the failure of the virus and vaccine-induced immunity to stop transmission has made herd immunity to SARS-CoV-2 still a distant dream.

Hybrid immunity has been accepted as the strongest immunity to fight SARS-CoV-2. Hybrid immunity against the virus arises in individuals who have had the disease before and who have received the COVID-19 vaccine. According to scientists, it produces about 25 to 100 times more antibodies than natural and vaccine-produced immunity.

Hybrid immunity has been achieved in India

Epidemiologist of the Indian Council of Medical Research (ICMR) Dr. Samiran Panda told News9, “When vaccination was not happening in India, from January 2020 to January 15, 2021, we were exposed to the virus, then we saw that the first wave started. And 60 to 80 percent of those infected had no symptoms, while 20 to 40 percent had mild symptoms. Those who became severely infected were hospitalized, while the immune system of the population that became infected tried to acquire immunity against the virus that was already in us.

What is the situation in India?

Dr Panda insisted, “Hybrid immunity is quite high in India. However, in this situation booster dose will be important. Those who were hesitant about vaccines will now recognize the danger of re-spreading of the virus and come forward for the third dose or booster dose.”

Herd Immunity Vs Hybrid Immunity: Which Is Better?

To this Dr. Panda said, “It is very difficult to answer.” However, giving an example, he said that if there is no vaccine available for a particular infection, we can only hope to acquire immunity naturally and if that immunity reaches a certain level or proportion in a country or village. If it reaches, the infection will not spread further. He further added, “If 90 per cent of the population gets infected, there is a chance of them naturally acquiring immunity which eventually stops the virus from spreading further.”

However, herd immunity and hybrid immunity differ according to the disease. Immunity is related to reproductive number. Herd is a concept that suggests that if a certain portion of the population in a particular geographic area naturally acquires immunity, the virus will be contained.

Herd immunity can be acquired either naturally or through vaccination or even through both infection and vaccination.

There is no herd immunity in China

Dr. Panda said, “China has been following a zero-covid policy since the beginning of the pandemic, which is one of the major reasons for the current wave and deaths.” He said that this policy did not allow the population there to come in contact with variants like Delta. He further said, “Some other countries were also following this policy, but they removed it in time. It is not rational to follow such a policy for more than 3 years.