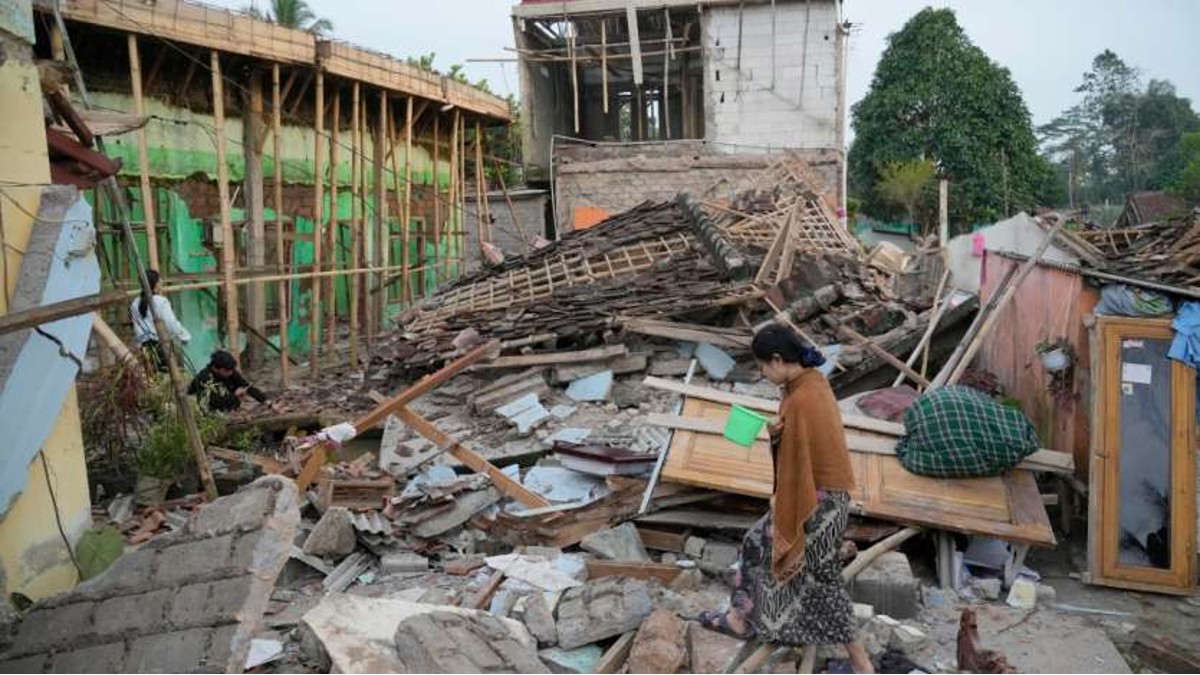 So far 252 people have died due to the earthquake in Indonesia, while 31 people are still missing. A massive earthquake and aftershocks rocked Indonesia’s main island of Java on Monday, causing several houses to collapse. So far more than two hundred people have died due to this accident, while more than 30 people are still missing, while hundreds of others have been injured. Dozens of buildings were damaged by the tremors. Many of the people running for their lives in the streets and lanes were seen injured and covered in blood.

25 aftershocks were recorded after the earthquake

According to Indonesia’s Meteorology and Climatology and Geophysical Agency, 25 more aftershocks were recorded after the quake. Hasan, a laborer who is undergoing treatment at Siyanjur Regional Hospital, said, “The earthquake was very strong and I fainted. After regaining consciousness, I saw my colleagues running out of the building, but I was too late to escape and I fell on the wall.” crashed into.” In Siyanjur, apart from the members of the rescue team, local people were also seen helping in the relief and rescue operations. Hundreds of people were injured in the incident as they were hit by the collapsed buildings.

the first blow was the hardest

Shopkeeper D. Risma was talking to her customers that suddenly the earthquake created havoc. “The tremor was strong, bringing vehicles to a standstill on the roads. I felt the tremors three times, but the first one was the strongest. The roof of the shop next to mine fell,” he said.