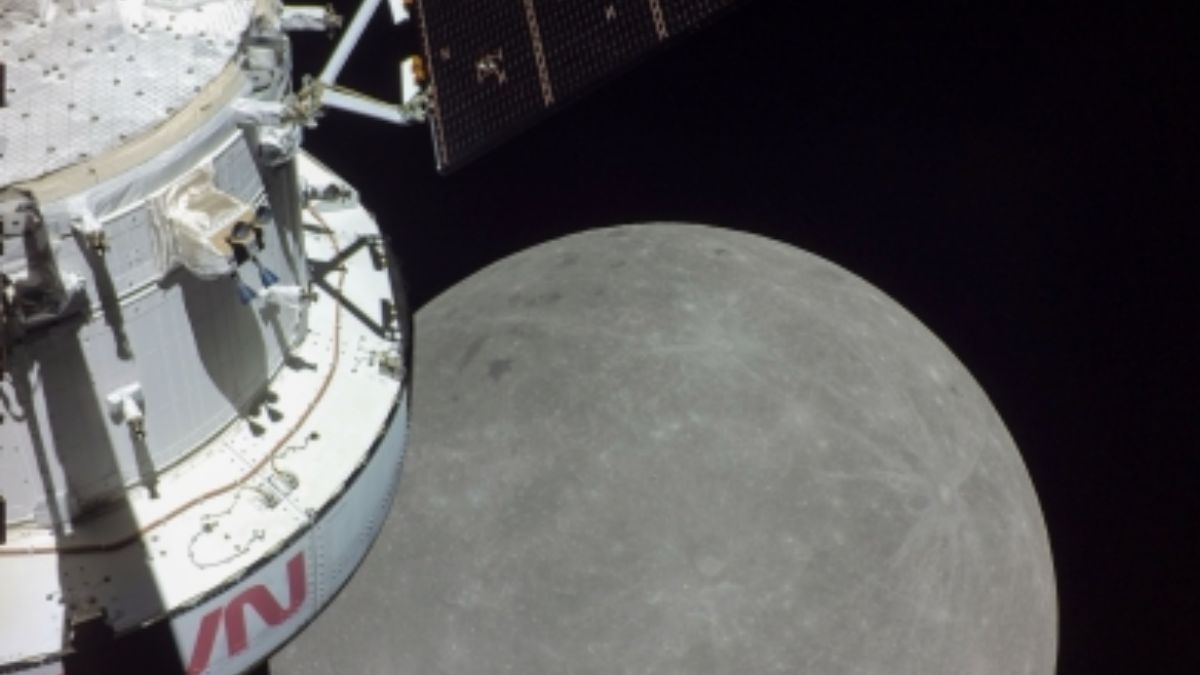 NASA Moon Mission: Till now you must have been teaching the history of humans landing on the moon, but can you ever imagine going around the moon. Perhaps this hypothesis is very exciting, but it seems impossible. But not human, but due to the amazing work of NASA scientists, a spacecraft has come round the moon. We are also going to tell you what the scientists will achieve by orbiting the moon. But first understand that who is this spacecraft going round the moon?

NASA’s Orion spacecraft has successfully completed its maiden Moon flyby, passing within 130 kilometers of the lunar surface as part of the unmanned Artemis mission. On its sixth day in the Artemis mission, Orion successfully completed a fourth orbital trajectory using the two auxiliary engines required to enter a distant retrograde orbit around the Moon, according to NASA.

The US space agency said in a statement late Tuesday that the Orion spacecraft had flown by the Moon on November 21. It has taken six days to revolve around the moon.

Orion has traveled 216,842 miles so far
“The mission is progressing as planned and our operations team and the Orion spacecraft are doing a great job,” said Mike Sarafin, Artemis mission manager. Orion will enter a distant retrograde orbit beyond the Moon on Friday, called a distant retrograde orbit insertion burn. This orbit provides a highly stable orbit, where little fuel is required for extended travel into deep space, putting Orion’s systems to the test in the extreme environment away from Earth. Orion will travel approximately 57,287 miles to its farthest point from the Moon on Nov. 25, surpassing the record set by Apollo 13. Orion has traveled 216,842 miles from Earth and 13,444 miles from the Moon at a speed of 3,489 mph.

NASA’s first integrated flight test
Orion is the first integrated flight test of NASA’s Space Launch System (ALS) rocket. In 2025, NASA plans to launch the first crewed Moon landing since the Apollo 17 mission in 1972. This would include the first woman and the first person of color to walk on the moon. Artemis will provide a foundation for human exploration in deep space and demonstrate NASA’s commitment and capability to extend human existence to the Moon and beyond.