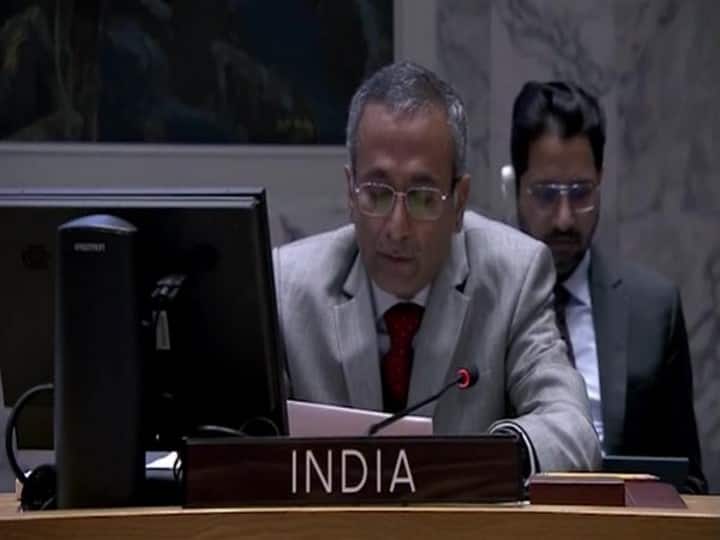 India in UNSC meeting: A meeting was organized in the United Nations Security Council (UNSC) to discuss peace and security in Africa. During this, India resolved to support all national, regional and international efforts to strengthen maritime security, including in the Gulf of Guinea. On behalf of India, Ambassador R Ravindra said that India will pay special attention to maritime affairs with the help of naval deployment. During this, India laid more emphasis on strengthening maritime security in the Gulf of Guinea.

In fact, the Indian Navy was deployed in the Gulf of Guinea on 4 September 2022 for a month. During this, work was also done in the direction of training and awareness in the area along with efforts against robbery and armed robbery. The first-ever India-Mozambique-Tanzania Trilateral (IMT TRILAT) maritime exercise marked a new chapter in the growing efforts of the Indian Navy to enhance the security of the East Coast of Southern Africa and the Indian Ocean region.

Piracy is a security threat

With the rapid increase in international trade through maritime navigation, the last two decades have seen a spurt in piracy cases. Piracy is not only a threat to freedom of maritime navigation but also has a direct impact on global and regional trade and security. Ravindra said that this can be stopped with the help of effective cooperation and legal framework on maritime security at both regional and international levels.

Appeal to enact law on piracy

Maritime security remained one of the major priorities for India in this meeting. Prime Minister during India’s Presidency of the Security Council last year Narendra Modi also chaired a meeting on maritime security. Ravindra further said that pirate groups in the Gulf of Guinea could be a deadly nexus and have the potential to reverse recent antipiracy gains. Along with this, the Indian envoy encouraged the countries of the region to enact legislation to criminalize piracy to the full extent prescribed in UNCLOS.