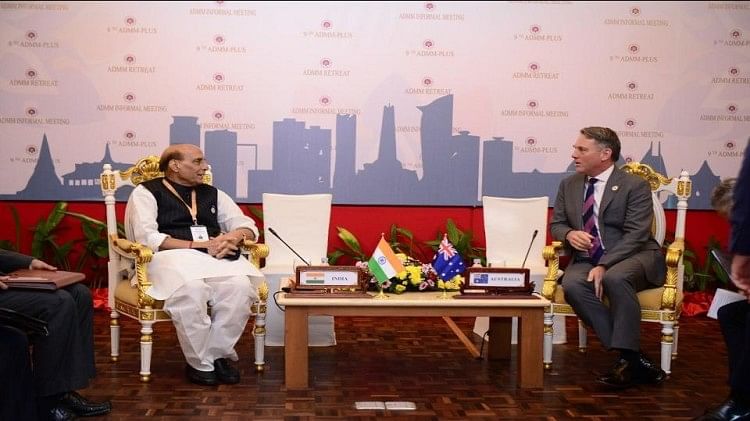 listen to the news

India has been a partner of ASEAN since 1992.

India has been a partner of ASEAN since 1992 and the first ADMM Plus meeting was held on October 12, 2010 in Hanoi, Vietnam. Since 2017, ASEAN Defense Ministers have been meeting annually to discuss cooperation among ASEAN Plus countries. As per the press release by the MoD of India, India and ASEAN furthered their relationship to a Comprehensive Strategic Partnership in November 2022.

The 10 ASEAN countries include Indonesia, Thailand, Vietnam, Laos, Brunei, Philippines, Singapore, Cambodia, Malaysia and Myanmar. India’s dialogue relations with ASEAN began in 1992 with the establishment of the regional partnership. These were upgraded to full dialogue partnership in December 1995 and to summit level partnership in 2002. These were elevated to a strategic partnership of relations in 2012.