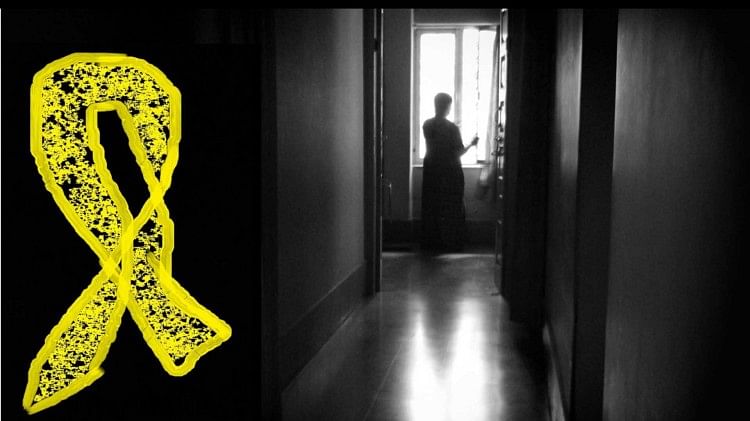 Two cases of suicide reported from IIT institutes in the last 10 days have emphasized the need for serious attention to mental health in the country. On Sunday night (December 18), a 17-year-old student of IIT Basar committed suicide by hanging himself in the campus. Just a week before this case, on December 11, an IIT Guwahati professor was also found dead, allegedly by suicide. In this way, many deaths are due to suicide every day, which can actually be prevented, if such people can get the necessary treatment and counseling in time.

The 17-year-old student of IIT Basar has clearly mentioned in his suicide note that he was suffering from Obsessive Compulsive Disorder (OCD) for a long time. Due to this he was not able to concentrate in his studies. Troubled by this problem, he committed suicide. In this regard, psychiatrists say that if the peers had recognized the symptoms of OCD or change in behavior in the student in time and had got timely treatment, then perhaps this death could have been prevented.

Psychiatrists say, such increasing cases of suicide appeal that there is a need for serious attention to mental health in the country and its screening on a large scale so that the cases of such deaths can be reduced in the future.

Doctors say, be it stress or OCD, the mistake of taking any such matter lightly can lead to bigger problems later on. In the suicide letter, the student has cited OCD problem as the reason for the suicide. In many cases of Obsessive Compulsive Disorder, it becomes very difficult for you to carry out normal tasks of daily living. At the same time, some cases of OCD can also inspire suicidal thoughts, due to which the person keeps trying to harm himself again and again.

If people around identify such behavior in time and the patient gets proper treatment, then not only OCD can be cured, but it can also help in preventing suicide.

Expressing concern over the increasing cases of suicide, Dr. Satyakant Trivedi, senior psychiatrist, says, the way cases of mental health disorders have increased since the corona epidemic, there is a dire need for nationwide screening, so that patients can be identified in time. Which can play a big role in suicide prevention. Dr. Satyakant is one of the key members of the Suicide Prevention Policy Taskforce run by the Government of Madhya Pradesh. In a conversation with Amar Ujala, Dr. Satyakant says, by taking lessons from this case of IIT, we can save many people from suicide in the country, for this it is necessary to screen people suffering from mental health disorders and suicidal thoughts at the district level. Go

Dr. Satyakant says, the way in the time of Corona we screened the people around when a person got infected, in the same way why not screen the entire institute after this matter came to the fore in IIT. If even one life can be saved by such efforts, it would certainly be a great success, and similar efforts need to be made in other institutions as well.

Significantly, the student suicide cases in India are at an all-time high in 2022. As per the report of the National Crime Records Bureau, NCRB, there has been a 4.5 percent increase in student suicides as compared to 2021. Out of these deaths, 14 cases have been reported from Kota.

Timely identification of disorders like depression can save lives

Mental health experts say that early detection of depression, OCD and other mental health disorders can help prevent suicide. Globally WHO estimates that 5% of adults suffer from depression. In India too, this menace is being seen increasing very fast. According to statistics, more than two lakh people commit suicide every year in the country, for which mental health disorders have been seen as a reason. According to the June 2022 report, the prevalence rate of depression in India is 4.50%.

Dr. Satyakant says that if large-scale screening of people is done at the district level in the country with large institutions like IITs, it can be very helpful in reducing the number of deaths due to suicide.

Although it is not that easy, screening of mental health cases seems to be a big challenge at the moment. According to a recent study, the suicide rate among young people aged 5 to 19 is increasing globally due to the lack of mental health experts. JAMA Pediatrics Journal According to the study published in, countries like America are also facing shortage of experts. Shortages of mental health care providers were observed in more than two-thirds of the more than 3,000 counties included in the analysis.

This remains a big problem for India as well, with a population of 135 crores, at present the number of recognized psychiatrists in the country is close to 15,000. Dr. Satyakant says, with the increase in the demand for screening in the country, the need for psychiatrists will increase, which is a great need. The Government of India is making efforts to prevent suicide, in such a situation there is a dire need to increase the seats of psychiatrists and work towards timely identification of patients. To make the suicide prevention policy successful, attention should be paid in this direction.

Disclaimer: This article has been prepared on the basis of medical reports/studies with inputs from health experts and shared information. Copies of relevant studies and introduction of experts are enclosed. The purpose of the article is to make people aware about health.