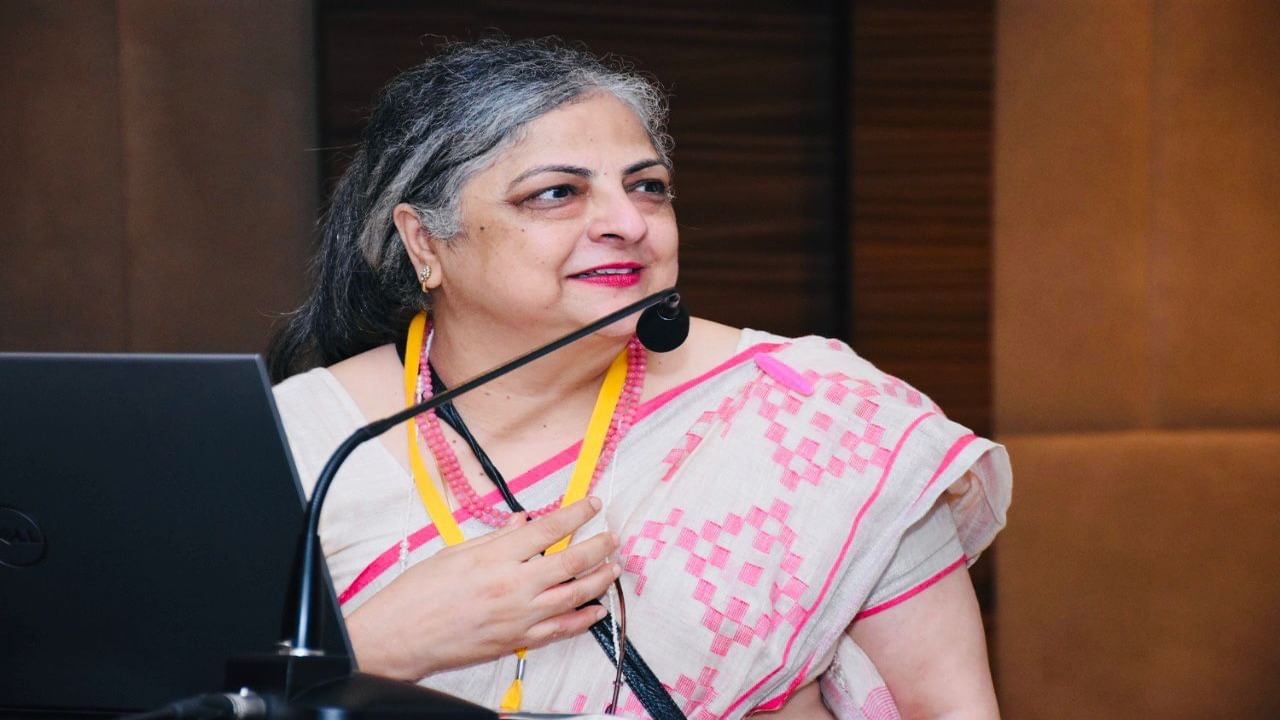 Dr. Sangeeta Sharma, who has been associated with the World Health Organization since 1996, has also been an advisor to WHO’s Drugs Committee, Geneva. In a conversation with TV9 Digital, he has discussed in depth about the harm caused by antibiotics. Here are the main parts of the conversation.

use of antibiotics India Not only this, it has become a cause of concern for the world. Professor Dr. Sangeeta Sharma of Institute of Human Behavior and Allied Science (IHBAS) has also agreed that Corona period More deaths have occurred due to misuse of antibiotics than Kovid. Dr. Sangeeta is the President of Delhi Society for Promotion of Rational Use of Drugs. they constantly antibiotic Awareness campaign is being run regarding the use of Dr. Sangeeta Sharma, who has been associated with the World Health Organization since 1996, has also been an advisor to WHO’s Drugs Committee, Geneva. TV9 Digital’s Executive Editor Pankaj Kumar has an in-depth discussion with him about the harm caused by antibiotics. Here are the main parts of the conversation.

Question: Why there is a need to be very careful about the use of antibiotics. How is this harming us?

answer : The discovery of antibiotics is considered to be one of the most important discoveries of the century. Antibiotics are the main reason for our victory over infection, but due to antibiotics, resistance arises in Germs. These are the special qualities found in nature given germs. Due to the availability of new antibiotics in the market, it has started being used unnecessarily. Where there was a need for narrow spectrum, it is being used as brand spectrum. Because of this, the immunity of germs has increased manifold. This is called the increase of AMR (Anti Microbial Resistance) which is proving to be extremely harmful. We have medicine now but the effectiveness is less or not equal. Not effective in eliminating the infection. Earlier antibiotic tablets used to be effective, now taking the injectable form has become a compulsion. Now high end antibiotics have become a necessity. Many times it is proving to be the factor of death which is very dangerous.

Question: Are antibiotics being used too much in animals too, which is proving dangerous for humans?

answer : 70 to 80 percent of total production antibiotics are being used in animals. Due to misuse or overuse in fisheries, agriculture, and animals, antibiotics have entered the food chain, which is worrying. Antibiotics are being used as growth promoters in animals. It is dangerous to use antibiotics to increase the weight of chicken. Its residue has increased in the water body including the environment. Obviously, the greater the exposure, the more intense the immunity in germs. That’s why the less effective antibiotic is becoming the cause of death of people. This is not only the problem of India but of the world. That’s why it is very important to regulate the use of antibiotics.

answer- See, when the GDP increases, the purchasing power of the people also increases. Antibiotics are being used more in developing countries. That’s why AMR is more there. India has both types of problems. One type of population has more antibiotic use than is needed. But there is another type of population in our country who are in need but do not have access to them.

Question- It has been told in the latest Lancet General that Azithromycin and Cefixime-ofloxacin are the most commonly used antibiotics. Is there no system to check this in our country?

answer – This trend has been seen to have increased the most during Kovid. The fear of secondary infection, and health care associated infection, has seen a manifold increase in usage. People were seen doing self-medication. Many doctors also seem to be unable to differentiate between bacterial and viral infections. Therefore, there is a need for awareness about the use of antibiotics. For this, we are continuously working to make students including school teachers and doctors including nurses aware. This requires continuous effort. It is not easy to change the behavior of people. This is a slow process. Antibiotics being given without a doctor’s prescription, including over the counter sales, must stop.

Question- Has the use of broad spectrum antibiotics in Kovid-19 become the cause of more deaths?

answer- Kovid is a viral disease while antibiotics are used in bacterial diseases. In the three categories of Kovid, the risk of infection has been seen more in morbid patients i.e. people suffering from diabetes, high blood pressure, cancer, heart disease. Obviously, the use of antibiotics can be justified in moderate and severe patients due to infection, but it is not appropriate to give antibiotics to mild patients. Most misuse of azithromycin has been seen in Kovid. This medicine is used in typhoid. If it is used unnecessarily, then the risk of germs’ resistance increases. Obviously it is a silent killer. When the figures are revealed, it is getting confirmed that the death due to Kovid has come down, while the number of deaths due to misuse or overuse of antibiotics is increasing.

Question- How does AMR (Anti Microbial Resistance) increase. Are misuse, overuse and irrational use the reason for this?

answer- Look, not all bacteria are bad. Some are good and some are bad. Good bacteria die quickly and first which we need in everything from digestion to body protection and many other things. In such a situation, bad bacteria spread and overpower the good ones. It is obvious that normal flora will be affected by overuse or misuse, so standard guidelines have been prepared for diseases like urinary infection including pneumonia. Our aim is to guide and then audit to find out to what extent the standard guidelines are being followed.

answer- Can’t stop the immunity of germs. We can slow it down. The less the use of antibiotics, the less resistance will be generated. Many antibiotics are of reserve category which are used in the last condition. For example, the inappropriate use of Collistin has started affecting it. That’s why we talk about preserving. Earlier it was being used a lot in animals, which has started showing effect on banning it.