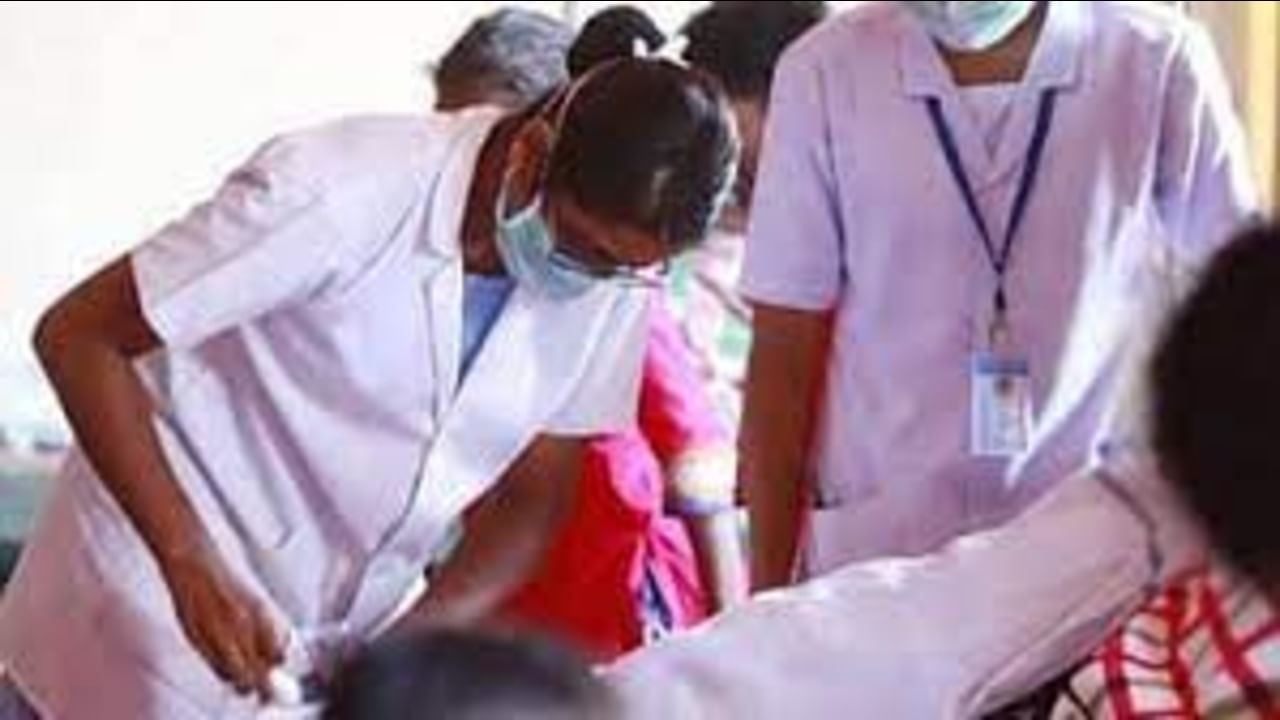 Indian Nurses: Kerala produces the largest number of nurses in India. They are in great demand at home and abroad. There are 96 nurses available to take care of 10,000 population.

Ajay Jha: India Trained nurses is facing a severe shortage of Due to this many precious lives are lost. published last year World Health Organization According to a WHO report, India will require at least 42 lakh trained nurses by 2024 to take care of its 144 crore plus population. The current nurse-to-population ratio is 1.7 nurses per 10,000 people, which is well below the WHO recommendation of 4 nurses per 10,000 people.

Although the availability of doctors is increasing in India, there is a shortage of nursing staff. In such a situation, there is a lack of adequate number of trained staff to take care of the patients.

Some studies suggest that there is only one trained nurse available in the country against an average of eight doctors. This shortage is badly affecting the healthcare sector.

This results in one nurse caring for between 20 and 30 patients, which is insufficient and results in patients not receiving the right care at the time of need.

Ironically, while India is facing a shortage of nurses, the largest number of trained nurses go abroad from here. At present, about 64 lakh Indian nurses are working abroad, especially in the Middle East and Western countries.

India produces about two lakh nurses every year, of which about 40 to 50 percent go abroad within a few years of gaining experience in Indian hospitals.

A large number of those who pass out with nursing diplomas every year, especially those passing out from nursing colleges in North India, lack adequate skills.

A nurse is expected to be technically knowledgeable with specialized skills in various fields. Also, they need to keep themselves updated with the rapidly evolving medical technology.

The role of a nurse is very important in the healthcare sector. While a doctor’s job is to treat or operate on a patient, the recovery of a patient is entirely the responsibility of nurses, especially for in-house patients.

At present, there are around 1,200 institutes offering certificate courses, diploma, undergraduate and postgraduate courses in India with around 87 per cent government institutes. Whose duration ranges from one year for diploma courses to five years for graduate courses.

About 50% of the qualified nurses are not part of the Indian healthcare sector due to various reasons including going abroad, unemployment or preferring to leave their jobs and settle down in family life.

Can we have more details?

There are many reasons for the shortage of trained nurses in India. The main reasons are the lack of social respect and low salaries for nursing professionals.

Except in South India and to some extent in the Northeast as well, Indian society does not encourage girls to take up nursing as a profession due to lack of social respect. Often she is compared to a waitress working in a restaurant and she is taunted.

Poor working conditions and lack of opportunities for career advancement also discourage nurses. In such a situation, they either leave their jobs or prefer to go abroad where they get a minimum of Rs 2.5 lakh per month in Indian currency as salary.

After Kovid, the demand for nurses has increased all over the world and there is a lot of demand for trained Indian nurses in the western world, because they work for low wages. However, it is much more than the salary available in India.

For example, a trained nurse can expect a salary of Rs 3 lakh a year in a government job in India, whereas if she works abroad, she would earn this much in a month.

Saying that one nurse is available to care for 30 patients (officially there are 1.7 nurses per 10,000 population of the country) often does not reflect the actual situation.

Kerala has the largest number of nurses

Kerala produces the largest number of nurses in India. They are in great demand at home and abroad. There are 96 nurses available to take care of 10,000 population.

A recent study jointly conducted by FICCI and KPMG suggests that India’s current capacity of allied healthcare professionals, which includes nurses, is 57.5-58 lakhs. And by 2047 it should at least increase eight times.

If this deficiency is not fulfilled immediately, then the ambitious plans to further encourage health tourism and make India an international center in the medical field may be affected.