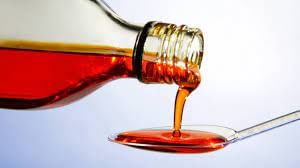 Indian Cough Syrup: WH0 has advised not to use two cough syrups made in India, terming them unsafe. In such a situation, it is important to know how WHO declares a drug unsafe.

WHO declares cough syrup made in India unsafe

WHO Cough Syrup Alert: World Health Organization (WHO) made in india cough syrup Describing them as unsafe, it is advised not to use them. WHO has said in its medical product alert that cough syrups Ambronol and DOK-1 Max are substandard and do not meet the quality standards. In this case it should not be used. The company making these syrups has not given any guarantee of their safety and quality. In such a situation, the use of cough syrup can be dangerous.

These cough syrups are sold in Noida, Uttar Pradesh. Marion Biotech was created by. In the past, the Uzbekistan government had alleged that 18 children had died after drinking these two cough syrups of Marion Biotech. After this allegation of Uzbekistan, the World Health Organization had tested the syrup, in which it has not passed the quality standard.

Now the question also arises that on what basis WHO declares medicines unsafe and for this which protocol and SOP does it follow? To find out we health experts have interacted with.

How to declare a medicine or syrup unsafe?

Health policy and epidemiologist Dr. Anshuman Kumar told that whenever there is such a dispute regarding any medicine or syrup, WHO first tests the sample of the medicine in its lab. For this, samples of the same medicine are taken which have caused harm or death to people. In the case of Uzbekistan, WHO has taken samples of the syrup present there and tested them in its own lab. In the lab test, the amount of diethylene glycol inside these syrups has been found to be very high. After which WHO has declared these syrups unsafe.

What is its process?

Three tests are done for this

Composition Test: In this test, it is seen whether the information about the salt and composition present in the medicine is correct or incorrect. That is, if the amount of salt mentioned in any medicine or syrup is not less or more than that. If there is a difference between the information given on the medicine and the test done in the lab test, then it is not passed in the test.

Preservative Test: In this test, it is seen whether preservatives have been added to the medicine and whether their quantity is as per the prescribed standard or not. Sometimes it happens that diethylene glycol is added to the syrup to bring flavor. If their quantity is high, then they harm the health. In this test, it is shown that what is the amount of glycol in the syrup. If it is more then the drug is considered to have spread in the test.

Impurity Test: The last step of lab testing is the impurity test. It should be seen whether there is any adulteration in the medicine. Because sometimes alcohol is added to some syrups. Due to which health can be harmed. In this test, it is seen whether the sipper is pure or not. If some deficiency is found in it, then the medicine is not passed in the test.

All three tests are necessary

Dr. Kumar told that these three tests are done for testing any medicine. If the medicine does not pass in any one of these, then it is considered unsafe. In most cases, the amount of diethylene glycol is found in the syrup. This is a very dangerous substance. Due to its excessive quantity, there is a complaint of headache, vomiting. Sometimes it can also damage the kidney.

Deaths due to overdose

Dr. Ajit Kumar of Rajiv Gandhi Hospital says that doctors in some countries prescribe medicine, but do not give correct information about its dosage. Many times people also take more dose due to carelessness. One of the reasons for the death of children in Uzbekistan could be an overdose of syrup.