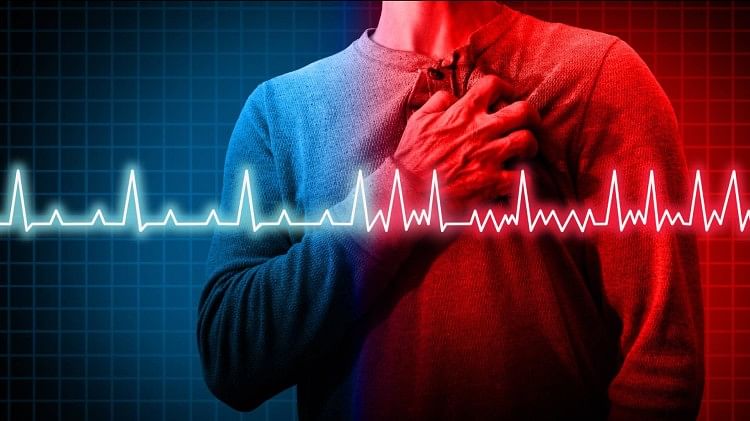 A sample of this was seen in Gwalior, Madhya Pradesh, when a person suddenly got a heart attack while walking on the road. Due to heart attack, the person fell on the road, only then a woman sub-inspector immediately reached the spot and saved the person’s life. The lady sub-inspector immediately gave CPR to the patient. He was later admitted to the hospital, where he received proper treatment. At the same time, there is a case of Mexico, where a man named Andres Moreno, who was very overweight. His wife left Andres because he was overweight. Due to increased weight and mental stress, Andres Moreno suffered a heart attack and died.

CPR stands for Cardiopulmonary Resuscitation. This is a life-saving technique, which is useful in emergencies like heart attack. CPR is given when a patient has a heart attack or is not breathing after drowning in water. Blood and oxygen can be circulated in the patient’s body through CPR.

How to give CPR?

Cardiologists say that giving CPR with the right technique can save a patient’s life. This is an essential measure of treatment at the initial stage after a heart attack. This can reduce the risk of death due to heart attack to some extent.

Experts point out that there is a special technique to give CPR. In a heart attack, chest compressions are done at a rate of 100-120/min. To do this process, join both the hands in such a way that the lower part of the palm comes on the chest. Then press by placing the palm on the lower half of the center of the chest. Compress the chest by 5 cm. Take care not to apply pressure too quickly.

What happens after giving CPR?

Cardiologists tell that through the process of CPR, artificial method helps the heart to pump blood and oxygenated blood starts reaching the body parts. Actually, heart attack affects the functioning of the heart. The circulation of blood and oxygen gets interrupted. Through CPR technique, an attempt is made to maintain the flow of blood throughout the body by pressing the chest.

What to do immediately after CPR?

If CPR is given after an emergency like a heart attack, it is very important to contact a specialist immediately. CPR is not a cure for heart attack, but an emergency measure to artificially maintain blood circulation in the body.

note: This article has been prepared on the basis of medical reports and suggestions from health experts.