Washington: Elon Musk, the new owner of Twitter, has now put a stop to the retrenchment of employees. He told the employees in the all-hands meeting that the company was not planning more layoffs. tell that Twitter has only about 2,700 employees left out of about 7,500. As per a tweet by Verge reporter, the company is now hiring for engineering and advertising sales roles.

Let us tell you that hundreds of employees quit their jobs after getting angry with Elon Musk’s attitude. In fact, on Wednesday, Elon Musk sent an email to the company’s employees late at night. In which it was told that if they want to work in the company, then they will have to work fast for many hours. Those who want to continue on Twitter had one day (Thursday at 5 pm) to decide, otherwise they will get three months salary and will be fired. When people started leaving, people also asked questions on Twitter, then Alan replied that the best people are still there, so I am not too worried. 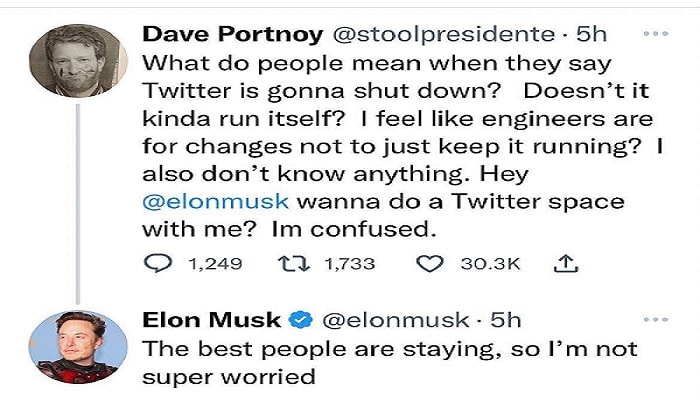 The war of words between the new owner of Twitter and the old boss, Elon Musk, agitated by the tweet, told Jack Dorsey the ‘8th wonder’

Even before this, Allen had fired an app developer, the reason was simply that he openly told them wrong on Twitter. Let us tell you that Elon Musk has laid off 50 percent of the more than 7 thousand employees working in Twitter. Musk has faced a lot of criticism regarding this. However, Elon Musk defended himself regarding the layoffs in the company, saying that it is our compulsion to do so to reduce the rising expenses and costs.

There may be the biggest rail-road freight strike in America, know what will be the effect?

Biden’s big statement on the missile attack in Poland, said- Russia is less likely to be tainted