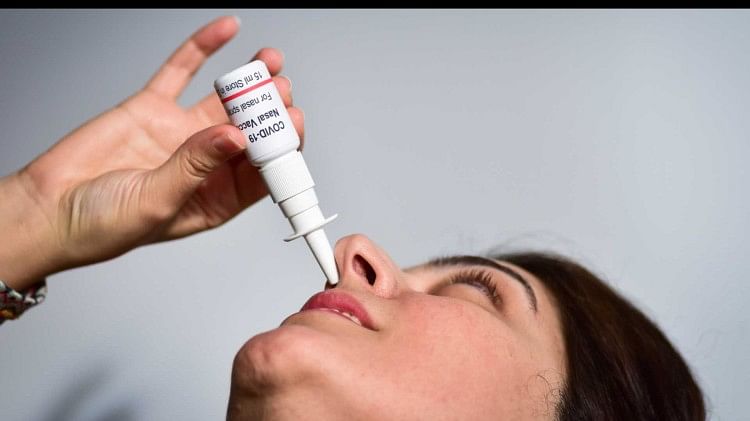 In view of the increasing threat of corona once again at the global level, the central government has approved the use of nasal vaccine in the country. For the time being it will be used as a booster dose. According to the order issued, it will now be available in private hospitals. Union Health Minister Mansukh Mandaviya also praised this effort of Indian researchers while discussing about Nasal vaccine in the Parliament on Thursday. Nasal vaccine is a vaccine given through the nose that has the ability to inactivate the virus before it enters the body.

How is this vaccine different

Injections are used for all the vaccines that have been given so far to prevent corona, these vaccines are given in the muscles of the hand. Apart from this, two drops of iNCOVACC (BBV154) just have to be put in the nose. It does not require injection. The Drugs Controller General of India has approved it for emergency use in people over 18 years of age. Researchers say that it can play an important role in breaking the chain of infection.

How do vaccines work

Researchers say, since corona is a respiratory infection that enters the body through the nose, this nasal vaccine will inactivate the virus in the nose itself, thereby preventing its entry into the body. Referring to a report by immunologist Dr Vinita Bal at the Indian Institute of Science Education and Research (IISER), the intranasal vaccine produced antibodies at the local level (i.e. in the upper respiratory tract) which is the entry point of SARS-CoV-2. Is. Antibodies ‘neutralize’ the virus immediately after entry. This means that this vaccine will deactivate the virus before it spreads to the lungs and other organs.

Why are researchers considering it special

first– It is easy to apply, as it does not require injection.

SecondIt has the ability to neutralize the virus even before it enters the body, which will reduce the risk of lung and other organ problems like previous variants.

Antibodies remain effective in the nose for nine months

The Lancet Journal The study, published in , shows that antibodies made in the nose can be effective for up to nine months after infection, and antibodies in the blood for up to a year. Professor Peter Openshaw, from the National Heart and Lung Institute at Imperial College London, says: “Our results suggest that the nasal spray vaccine can boost these local antibodies effectively preventing the virus from entering the body and causing severe disease. Can be helpful to avoid.