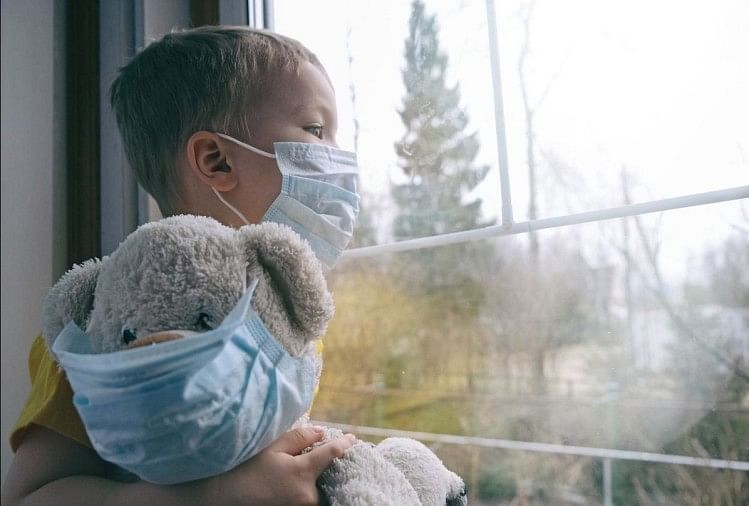 The Corona epidemic, which has been going on globally for more than three years, has made people of almost all ages its victims. For the last one month, infections due to new variants of Omicron have increased in many other parts of the world including China. The nature of these new and mutated variants is of great concern. Researchers found that they are easily infecting people by dodging the immunity made by the vaccine and natural infection in the body.

In view of such a risk, all people are seriously advised to continue following the Covid Appropriate Behavior.

risk of infection in children

Records of infections caused by the SARS-CoV-2 virus show that the virus does not cause severe disease in children. However, in some cases, it can also cause serious complications in children.

Recent studies have found that mutated variants of Omicron may in some cases increase the risk of infections and serious diseases even in children. Let us know how children can be kept safe from the danger of corona?

According to some reports from Japan in December 2022, there was an increased risk of infection and death in children due to Omicron variants. According to the report, the number of people who died of Kovid-19 under the age of 20 was only three at the end of the year 2021, although this figure increased to 41 in the first eight months of 2022. Health experts said that along with children, the danger also remains for those whose immune system is weak or who have not been vaccinated.

Apart from this, most studies of corona have been telling that the risk of infection and serious disease is less in children, although they may definitely increase the risk of spreading. In view of this danger, safety measures are very important for children as well.

To prevent the increasing global risk of corona, the rate of vaccination for children has also been increased in many countries of the world including India. Vaccines are available for people above 12 years of age in India. Covin website The Covax, Corbivax and Covaxin vaccines are available for children as young as 12. These two-dose vaccines are helpful in protecting against the risk of corona infection and serious diseases caused by it. Get children vaccinated to reduce the risk of infection.

Along with vaccination, it is also necessary to keep taking preventive measures against corona regularly.

By repeatedly washing hands with soap and water for at least 30 seconds or using alcohol-based hand rub, corona infection can be prevented and protected from the risk of disease. All parents must tell their children about this. Make sure children wash their hands after coughing, sneezing or touching objects like door handles. Avoid touching mouth and nose repeatedly.