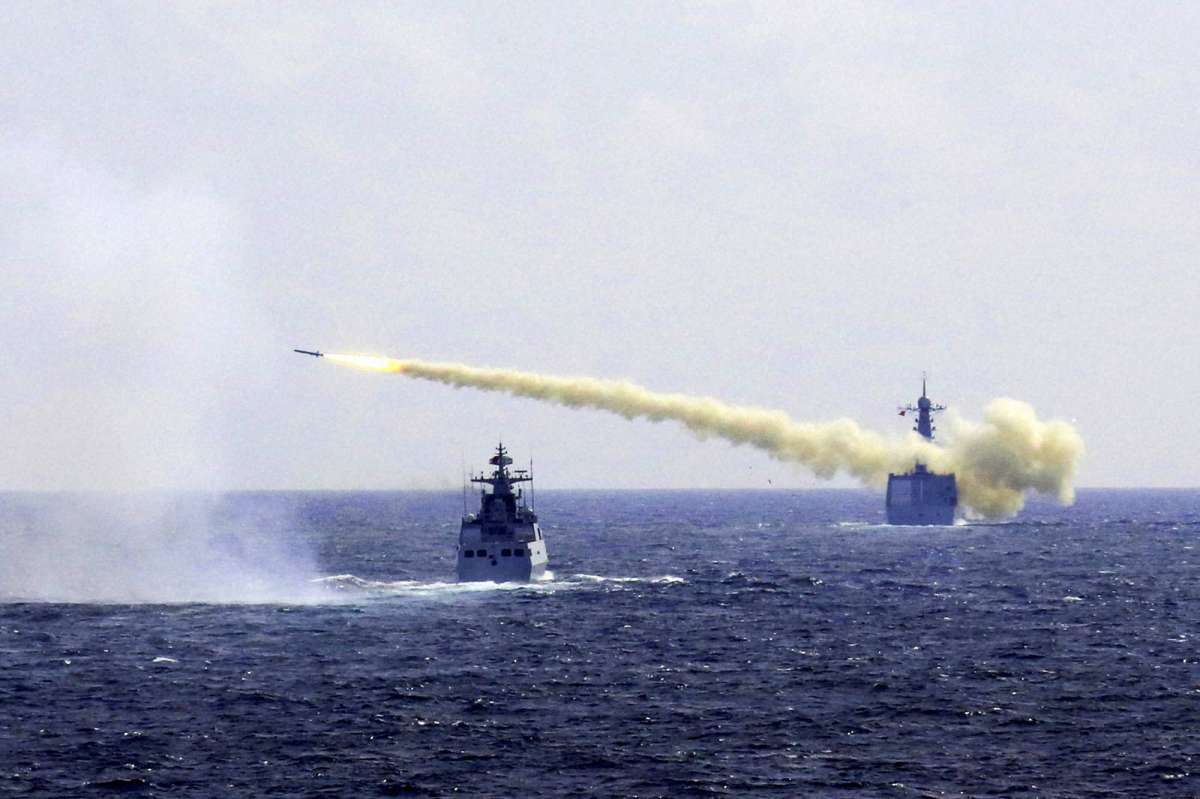 China Launched Ballistic Missiles & US on Target: If the dragon’s move in the South China Sea becomes completely successful, America will not be well. Dragon has now acquired the ability to blow up many big cities of America in minutes while sitting in the South China Sea. According to international intelligence reports, China is now increasing this scope continuously. In fact, Dragon is making the entire South China Sea a base for launching missiles equipped with nuclear bombs. Meanwhile, the US Navy has warned the Pentagon that China has now developed the capability to target US coastal areas. This has created panic in the White House as well.

President Xi Jinping wants to establish his complete dominance in the South China Sea. Anyway, China has often claimed the entire South China Sea as its own. But more than half a dozen countries ranging from America to Australia, Philippines, Japan and Taiwan have strong objections to this. Despite this, Jinping is now making the South China Sea a base for launching nuclear missiles. China has a submarine missile equipped with JL-3 nuclear warhead, whose firepower is more than 10 thousand kilometers. Due to this, apart from America’s coastal areas, many of its cities can also be targeted. Apart from this, many nuclear-powered submarines of Dragon remain on patrol in the South China Sea. It is also raising alarm bells for other countries including America.

China wants to show dominance over South East Asia
According to experts, now China’s intention is to show dominance over South-East-Asian countries. Actually Xi Jinping wants to become the leader of South-East-Asian countries. If he is successful in doing so, then with this he can also take America under pressure. After this, China wants to make itself a bigger super power than America. Xi Jinping is moving forward with this intention. This is the reason why China has made artificial islands in many places in the South China Sea. Along with this, many natural islands have also been given the form of artificial islands. So that he can claim the entire South China Sea by telling the world that it is artificial. China’s increasing dominance over the South China Sea is not only a threat to Taiwan, Australia, Japan, the Philippines and Indonesia, but it is also a major challenge for India and the US. This move of China can create a stir in the whole of South-East-Asia.

The Pentagon is constantly getting challenged
China has been continuously challenging the US Defense Ministry with its antics. The Pentagon has also claimed in the past that China has the ability to target US coastal areas soon. Now Dragon has achieved that ability. It is claimed that China can target from Bohai to America’s Alaska province through nuclear-powered ballistic missiles. It is being told that China’s Type 094 submarines are also on patrol near the American Hawaiian Islands. Due to this, the big military base of America has also come under its control. Whenever China wants, it can target this military base of America only through the sea route. Apart from this, even in the Pacific Ocean region, China can attack anywhere and how.

China can attack America
A US commander had claimed a month ago that the Dragon could target the US with a sea-based nuclear missile. Now China has acquired the capability to launch the JL-3 nuclear missile from the South China Sea. China has also confirmed to test JL-3. But he is calling it a step towards developing his potential. With this power of China, a new challenge has come before US President Joe Biden. The presidents of the US and China recently met in Bali, Indonesia amid tensions over Taiwan. After this it was believed that maybe the tension between the two countries would reduce, but it did not happen. China is following its old style. He has almost established his supremacy over the South China Sea.